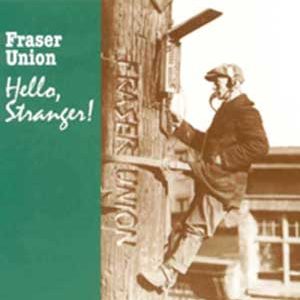 As with all of Fraser Union’s repertoire, the contents of this album were chosen carefully over time.  Canadian history is represented in the opening track, “Are You From Bevan” (Vancouver Island’s Coal Strike 1912-14) collected by Phil Thomas, and in Bill Gallaher’s “The Last Battle” about the Metis rebellion of 1885.  Allister MacGillivray’s ” Coal Town Road ” tells of the lives of Cape Breton coal miners and Vic Bell’s “Snap the Line Tight” takes us to the West Coast for log salvaging.

That song and most of the others have to do with the ordinary heroics of daily life, of adapting by necessity to the conditions we encounter.  Tommy Sands’ “Your Daughters and Your Sons” is an anthem of courage and hope, while Bob Blue’s “Their Way” ironically twists “My Way” to describe the familiar adaptations required by academic life.  These songs are balanced by two well-loved blues standards, “Deep River Blues” and “Trouble in Mind.”

“God Speed the Plough,” “Aa Cud Hew,” and “Chemical Worker’s Song” carry on the theme of working lives.  “Walls of Troy ” is a too-frequently needed song about the recurrence of war.  The album began with a “hello” and closes with a farewell in Celia O’Neill’s “Upon the Road Again.”

Are You From Bevan, The Last Battle, The Goodnight-Loving Trail, God Speed the Plough, Deep River Blues, Coal Town Road, Their Way, Trouble in Mind, Your Daughters and Your Sons, Snap the Line Tight, Aa Cud Hew/Chemical Worker’s Song, Walls of Troy, Upon the Road Again